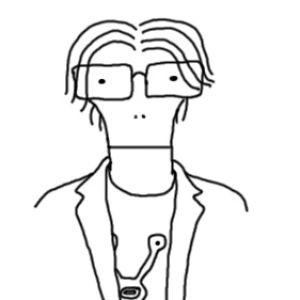 The southbound section of Interstate 95 has been reopened after an 18-wheeler crashed and leaked white privilege from Fort Lauderdale onto the road early this morning.

Florida Department of Transportation officials said the 18-wheeler was the only vehicle involved in the crash along the southbound I-95 near Miami Shores at about 4:45 a.m.

The interstate reopened at about 9 a.m. after crews cleaned approximately two tons of societal privileges and micro-aggressions benefiting people who identify as white in Western countries, beyond what is commonly experienced by non-white people under the same social, political, or economic circumstances. The shipment of white privilege was on its way to Pinecrest from Weston.

After listening to a two-hour live set by Dutch DJ Armin Van Buuren, Clemson University fifth-year Senior and first-time Ultra Attendee Melinda Ferro reported Sunday that she could envision herself living in one of the nation’s most expensive cities. “Do you know what we need to do?” screamed the 22-year-old member of Kappa Kappa Gamma as she held on to her sorority sister’s arm. “We could totally get an apartment here, like, two or three blocks away,” she said, unaware of the Miami neighborhood of Overtown. “I’m sure everyone is really friendly here.”

Sources confirmed that minutes later, she found a local tree and started to make out with it.

Less than 48-hours after receiving two-million dollars in state funds to redevelop 10 miles of land underneath the Metrorail into a linear park, Underline has almost nothing left to show for it. Sources close to the tract, which until recently was known by his street-name “M-Path”, say the 32-year-old parcel began spending the money on drugs and prostitutes almost immediately. “It was a spectacular scene,” reported Arthur T. Jones, a vagrant that has lived underneath the Metrorail since the early 1990s. “There were drugs everywhere. We kept telling M to slow down, but he just wouldn’t listen.”

“Underline’s behavior has put the project in permanent jeopardy,” said a visibly frustrated Meg Daly, the project’s coordinator. “Both the state and our community have shown a willingness to help rehabilitate the underutilized land into a vibrant community park, but ultimately nothing will get done until Underline decides to help himself.”

When reached for comment, an emotional Underline admitted to reporters that he has a substance abuse problem. “I’m so sorry to those I’ve disappointed and hope I am able to earn back the trust of my community.” He plans to check himself into a 90-day rehabilitation program near Ormond Beach in the coming weeks. Underline’s father, Miami-Dade County’s Transportation Trust, who himself suffered a similar scandal years earlier after it was discovered that he used funds from a 1/2 penny tax on residents intended for public transportation improvements to pay for an $8,000-a-day heroin addiction, could not be reached for comment.

“It’s such a shame,” said Mr. Jones of his friend’s recent troubles. “I was really looking forward to seeing M refurbished. The Underline seems like a really nice place to live. I hope the project can survive.”

Learn more about the Underline HERE
And join the Underline team on April 2nd for a ton of free activities in celebration of Miami’s soon-to-be favorite new park.

Carlos Denton, a 33-year-old data analyst with Pricewaterhouse Cooper, won’t stop going on about that one god-damn time he was an extra on Burn Notice. “He finds some way to bring it up at least once a month,” said office manager Angela Stevenson, “I mean, I just don’t understand why he keeps talking about it. It happened like six-years ago and you can’t even see his face on the screen.”

The scene, which was shot at CocoWalk in July of 2010, involved the show’s main characters Michael Westen and Fiona Glenanne enjoying drinks and discussing how to best expose a drug cartel operating out of Westchester. “The scene was integral to the show’s overall development as it both established a strong professional bond between Michael and Fiona while also interjecting a palpable undercurrent of sexual tension between them” recalled Mr. Denton.

When asked how he landed the role, Mr. Denton told reporters that he saw the ad posted on Craigslist and then went on for more than twenty minutes about how god-damn great the on-set catering was. “Being involved in the making of a major television show really makes you appreciate the level of talent and commitment it takes to make such high-quality art,” Mr. Denton added without shame. He then pulled out his cell phone and played this reporter the entire four-minute scene in which the back of what Mr. Denton claims is his head can be briefly seen in the background as the main characters conversed. “It’s a little out of focused, but we were losing light and had to wrap.” He then proceeded to show this reporter dozens of on-the-set photos, including a photo with Jeffrey Donovan, the show’s star, whom Mr. Denton described as “a real class-act.”

“Carlos is a nice enough guy, but if I hear him talk about Burn Notice one more time I’m going to lose my fucking mind,” said Ms. Stevenson. When asked to respond, Mr. Denton scoffed and noted that such unprofessional behavior would never have happened on the set of Burn Notice.

Following an embarrassing loss in his home state of Florida, Senator Marco Rubio announced plans to sell hoverboards to Colombian tourists and wealthy German teenagers at Bayside Marketplace in Downtown Miami. “I just think I need a break from politics,” the 45-year-old Senator told reporters. The Senator added that he views selling hoverboards as an opportunity to give back to his community. “I mean, have you ever tried one? They’re a lot of fun”, Mr. Rubio said with a tear in his eye.

The unexpected end to Mr. Rubio’s once promising political career is just the latest twist in an unconventional election cycle that has been dominated by Donald Trump’s seemingly unstoppable rise. When asked his opinion on Mr. Trump and whether he would support him in the general election, Mr. Rubio commented that he was focused solely on the issues that matter to Miamians, like where they can buy a dependable hoverboard and whether they are available in multiple colors. “This feels right. I’m looking forward to this next phase in my life,” Mr. Rubio said while sniffling and staring dejectedly at his 4-inch Italian leather boots.